In a repeat of the football World Cup ’18 final, Croatia took a revenge on France. There are two important issues considering this final:
1) strange decision of the French federation to choose clay against higher ranked players who grew up on this surface
2) admittedly France finished 2018 without a Top 20 player for the first time since 1996, but still possessing many very good players, therefore even stranger decision of the team captain Yanick Noah to select for the final Chardy & Tsonga; both non-clay-courters, Tsonga [259] – Top 10 guy for many years – but injured almost for the entire season, deprived of the match practice. In these circumstances the Croats were big favourites and didn’t fail. Without any serious problems Cilic [7] defeated both Frenchmen not being broken even once. Just like Murray three years ago, Cilic finished the competition with a lob. “It’s not every day that you become a world champion,” said Cilic. “For us it’s a dream come true, for this nation, we are so passionate, you can see the fans are enjoying themselves. I feel that in Croatia it’s going to be incredible too.” Pouille [32], who replaced Chardy on Sunday, had claimed the Cup last year, but lost the plot this Autumn – played just three events winning one match, so his appearance in the final could also be questioned… En route to the title Croatia defeated Canada, Kazakhstan, USA & France respectively. The toughest was the semifinal, the Croats were a couple of points away from winning on Saturday, then in the decisive rubber Coric trailed 1-2 in sets vs Tiafoe. In 20017 Croatia suffered relegation to playoffs after loss to Spain in round one, a few months later the Croats defeated Colombia in Bogota (Cilic won both singles). 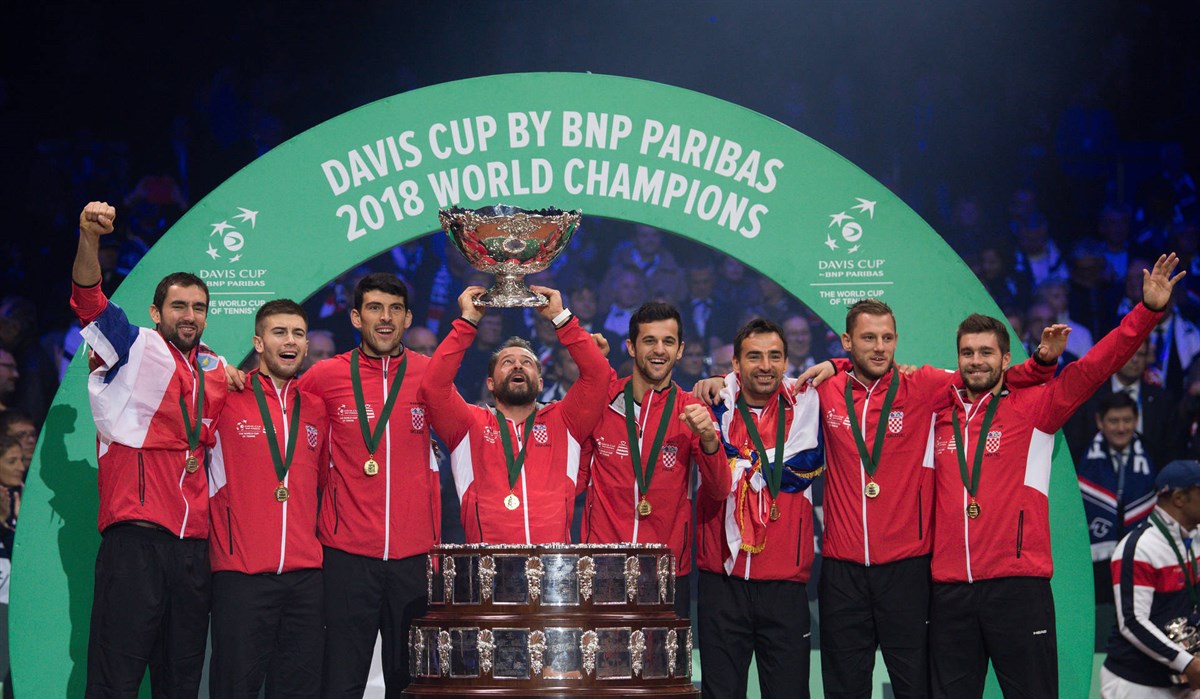